A teenager who allegedly defecated in a man's car - thinking it was his girlfriend's - was indicted in Las Cruces on Thursday on multiple charges of criminal property damage.

Leaving work late on March 11, the car's owner reported finding 18-year-old Austin Horries Purifoy in the back seat of his Honda Civic, pulling up his underwear. 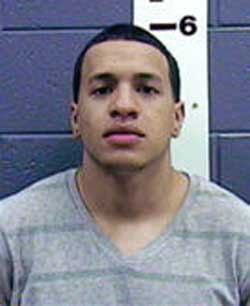 "This is your car?" Purifoy said, according to documents filed in court. "I thought this was Desiree's car."

Purifoy then allegedly got out of the car and ran west. Located not long after by a nearby ditch, Purifoy allegedly told officers he was outside because he didn't want his "girlfriend" Desiree to see him smoking.
Posted by arbroath at 7:11 am
Email ThisBlogThis!Share to TwitterShare to Facebook