An Australian man has appeared in court after attacking an acquaintance with an axe. The Supreme Court heard it was toilet paper, or rather the lack thereof, that prompted the fight in October last year. Nathan Thomas Charles Howlett, 22, and the victim were at a Kingston house, on the outskirts of Hobart, when the victim used the toilet.

Discovering there was no toilet paper, the man utilised a rag. Howlett appeared soon after with a roll of toilet paper but it was too late. On realising he had used the rag, Howlett became enraged and a scuffle ensued in the hallway. A woman approached the fighting men carrying an axe. 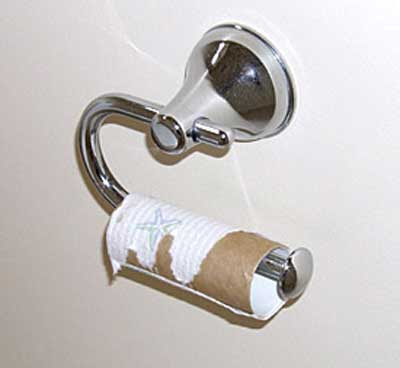 "It's generally not a good idea to introduce an axe when there's a fight going on," Justice Alan Blow said. "Mr Howlett very unfortunately and very ill-advisedly sought to arm himself with the axe," lawyer Amber Mignot told the court. He used it to strike the victim in the calf then raised it above his head and hit him in the head.

The injured man escaped into the toilet and huddled there while Howlett - who was affected by amphetamines, cannabis and alcohol - hacked into the door. The victim eventually escaped after running out of the house with Howlett initially in pursuit. He required five stitches to his head. Justice Blow remanded Howlett in custody and will sentence him next Thursday.
Posted by arbroath at 6:06 am
Email ThisBlogThis!Share to TwitterShare to Facebook