A Lakeland middle school teacher wasn't lovin' it on Saturday morning after a dispute over her McDonald's drive-through order landed her in jail. According to the Polk County Sheriff's Office, Simone Paolercio, 39, ordered about $20 worth of food at a McDonald's on South Florida Avenue. 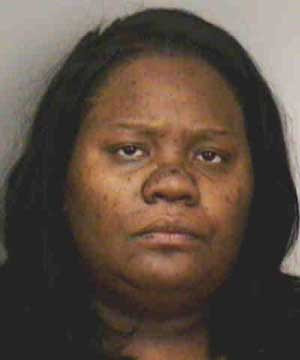 She wasn't happy with what she received — in particular, she was upset about two hash browns, according to her arrest affidavit. Paolaercio argued with the attendant and manager. After her request for a refund was denied, Paolercio threw the food back through the drive-through window, hitting the attendant in the face and chest, the Sheriff's Office said.

Paolercio denied throwing the bag or striking the attendant, but a responding deputy watched the video, and "observed a hash brown come out of the bag and fly [through] the air" Paolercio conceded that she could not argue with the surveillance footage, according to the arrest report. She was booked into the Polk County Jail and charged with battery after the incident. She told deputies she teaches at Lakeland Highlands Middle School.
Posted by arbroath at 6:03 am
Email ThisBlogThis!Share to TwitterShare to Facebook

She looks like she could have skipped a few trips to McDonald's anyway...

They arrested her for that? It's not like anybody was going to get hurt, it just made a little bit of a mess. She didn't have to go to jail for that, they could have just ticketed her.