A young girl and her father were accused of shoplifting by supermarket security staff who claimed to have spotted the five-year-old polishing off a pineapple chunk. It happened as Charing resident Paul Cannon and his daughter visited the Bybrook Sainsbury’s store earlier this month. The little girl ran off to the deli counter where free pizza samples were being given away. The primary school pupil then spotted the pineapple at a nearby salad bar and put two chunks into a plastic bowl.

Mr Cannon, 48, said: “She came running to me with this bowl and asked whether she could have it. I said no and put it on the side and we carried on shopping. About 20 minutes later as we left the store, two security guards appeared and a woman holding the plastic bowl said ‘don’t you think you should pay for this?’ I told her there was nothing in it but she told me my daughter had eaten a bit and was spotted doing so at the counter. I didn’t know whether she had or not and offered to pay for the chunk she’d eaten but by this time there were all these people looking and I was so embarrassed – it was humiliating.” 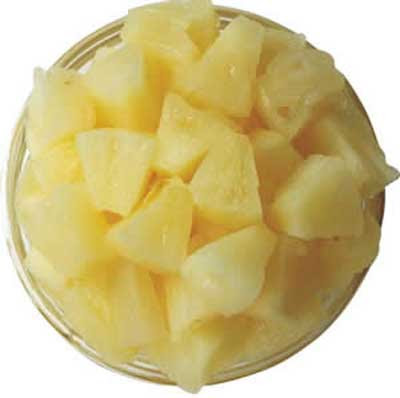 Eventually it was agreed that no further action would be taken, but Mr Cannon says fellow parents at his daughter’s school were passing by and spotted the very public pineapple probe. His daughter has even been taunted in the playground for being a thief. The father-of-four added: “She cried all the way home in the car and is petrified that she’s committed a crime. I got a phone call the other day from the manager after they checked the CCTV and they’re still not sure whether she took any.

“If this is such an issue I think they need someone working behind the counter or to just stop children going in there and put signs up.” A Sainsbury’s spokesperson said they were sorry for the incident. In a statement they said: “We’ve spoken to Mr Cannon and have assured him that we are investigating his complaint thoroughly and will get back to him when the investigation has been completed. We have also apologised to him for any embarrassment this misunderstanding has caused.”
Posted by arbroath at 6:02 am
Email ThisBlogThis!Share to TwitterShare to Facebook

The father should supervise his child, and he certainly should have paid for the pineapple which was no longer sellable.

hmmm rant much? You might want to switch to decaf.

WilliamRocket - lay off the store. The salad bar of which they speak is generally tubs of fresh salads/pastas/fruit under a large sneeze guard, which people can spoon into sealable bowls to buy. Large spoons are provided for this purpose in each tub. No different from any buffet, except you take it home with you rather than eating it on site.