He was hailed as a crimefighting superhero when he handed a wanted man into a police station in Bradford in the dead of the night dressed as Batman. However, Stan Worby has now found himself on the other side of the law after being arrested and charged with burgling a garage. 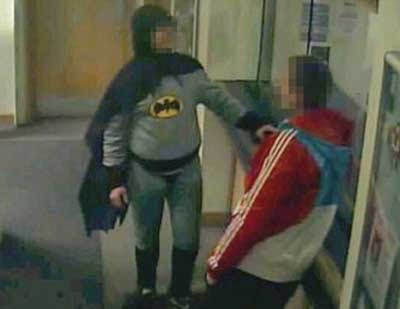 In a further twist, he is accused of carrying out the crime with the very suspect he took to the police in his caped crusader costume. Mr Worby, 39, a Chinese takeaway delivery driver, made headlines after he was unmasked as the slightly paunchy Bradford Batman.

He revealed that he had driven Daniel Frayne, 27, a friend who was wanted on warrant, to the police station in February after returning from a football game which he had attended in superhero fancy dress. The pair came to the attention of West Yorkshire Police again when their vehicle was stopped by officers just after 4am on Sunday morning. 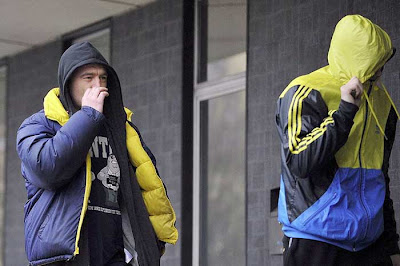 They were arrested and charged with stealing power tools worth £770 from a garage in Bradford. Mr Frayne, of Grimsby, Lincolnshire, appeared before Bradford Magistrates’ Court on Monday and pleaded not guilty to burglary. He was released on bail to appear in court again with Mr Worby on April 26.