A second-grade substitute teacher was told not to return to a Deltona, Florida, elementary school after she claimed there were people outside her classroom yelling obscenities but it was all in her head, sheriff's officials said. The principal of Pride Elementary School ended up removing the substitute teacher, Robin Forde, 51, from the school campus after Forde started rambling about the CIA and the FBI, and saying she was calling the president of the United States.

A deputy made contact with Ford in the principal's office after 9am on Friday. Forde said she called the Volusia County Sheriff's Office because she could hear people screaming and cursing outside her classroom. Forde said she could not see anyone, just hear them, the investigating deputy said. On further questioning, Forde said in the past she has called the CIA, FBI and the President in reference to drug dealers following her around and cursing at her. On Friday, Forde saw no one but she said she heard the voices. 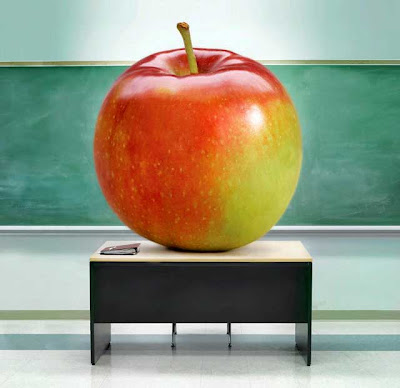 The principal spoke with the students but none of them said they heard an altercation and no one heard anything in the second-grade classroom. Forde denied having a mental issue and said this type of incident has happened in the past and that she has called the Sheriff's Office to report the incident. The deputy checked Forde's history with the Sheriff's Office but found no record of her. Forde insisted she heard the voices in her head and claimed after some time these subjects were also trying to steal her identity but she does not know when, how or why.

Forde got very upset several times with the deputies on scene and kept saying she was going to call the President of the United States about this incident again as she claims to have spoken with him before about this. Forde claimed the drug-dealing, identity-stealing suspects followed her from Georgia. The security officer for the school began to speak with Forde and the substitute teacher accused her of using her walkie-talkie to make the voices in her classroom. It was determined that Forde was no danger to herself and the school. A taxi was called for her.
Posted by arbroath at 6:04 am
Email ThisBlogThis!Share to TwitterShare to Facebook

Sad situation. Symptoms point to schizophrenia, though don't know if that's the Dx.

It was determined that Forde was no danger to herself and the school.

I'd be more specific and say paranoid schizophrenia. Desperately sad as it's an ailment that very few sufferers ever recover from.

the school must be in order. clutter prevents students from learning effectively. if the school is in order, then students study well. if students do not study well, they can buy an essay from the service that is advertised in the article https://rousernews.com/best-us-colleges-universities-to-learn-programming/.

it's cool that the teacher puts things in order at the school. the school really has to be in order. clutter prevents students from learning effectively. when ordering at school, students study well. if students do not study for excellent grades, they can buy an essay or some other paper from the service that is advertised in this wonderful article https://www.sothink.com/blog/3-tips-on-how-to-choose-the-cheapest-essay-writing-service/.

it is correct that the teacher monitors the observance of order in the school. clutter prevents students from learning effectively. if the school is in order, then the students study well. if students do not study well, then these students can buy an essay or any other homework from the service that is advertised in this informative article https://www.itravelnet.com/travel-blog/how-to-start-a-remote-business-to-travel-the-world/.