This unusual creature was discovered at The Crags outside Plettenberg Bay in the Western Cape Province of South Africa yesterday morning. 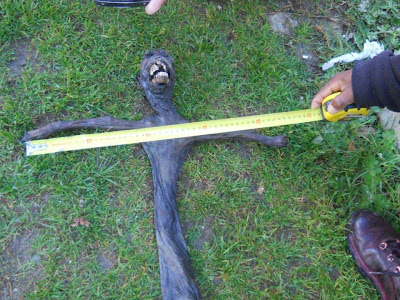 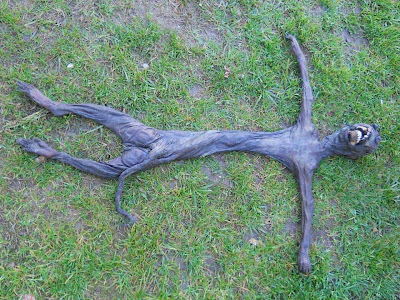 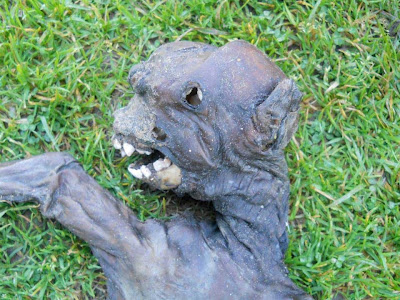 Update: According to Dr Magdalena Braum, of The Crags Veterinary Clinic who carried out an autopsy, it's the body of a baby baboon that had died from being bitten in the head and that its body was elongated because its grieving mother had carried it for weeks after its death.
Posted by arbroath at 6:06 am
Email ThisBlogThis!Share to TwitterShare to Facebook