One in three Britons fear rise of robots

More than one in three Britons fear the rise of the machines will threaten the human race, a survey has claimed. Almost as many worry they could lose their job to robots, and 10% expect to see RoboCop-style police in 10 years' time. The poll of attitudes to technology and robots was conducted among 2,000 members of the British public. More than a quarter of participants believed that robots or intelligent computers would be capable of feeling human emotion in the future.

Forty-six per cent thought technology was evolving too quickly and undermining traditional ways of life, while 35% were concerned about the use of unmanned military drones. And 42% expected to see teachers being replaced by robots in classrooms of the future. Seventeen per cent of those questioned, meanwhile, said they would be prepared to "have sex with an android", though 41% thought the notion was "creepy" and a further 14% said robots should not be used in this way. 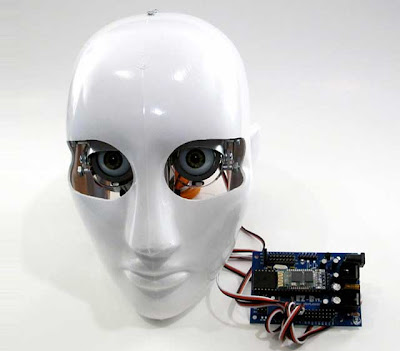 More than one in 10 (11%) said they would like a robot child and replacing a beloved animal with a robot appealed to nearly a fifth of pet owners. Martin Smith, professor of robotics at the University of Middlesex, who oversaw the One Poll survey conducted last month, said: "While many of us worry about the role of technology and machines in modern society, robots are increasingly being developed for important roles that will help protect and improve our lives.

"Robots are being increasingly used for tasks that put human lives at risk – a computer-controlled machine can be programmed to approach a terrorist in a suicide vest or clear a building overtaken by gunmen. Though many fear their jobs will be taken over by machines, it is more likely that robots will be used as assistants, and the future workforce could have the benefit of avoiding hazardous and repetitive tasks rather than suffer mass redundancies."
Posted by arbroath at 6:01 am
Email ThisBlogThis!Share to TwitterShare to Facebook