Family find cross with face of Jesus in fallen tree

A famiily from Liberty in Texas believe they've been touched by God, and they say the proof is in their backyard. The Gillards say it all began when a storm caused a dead oak tree behind their house to collapse. Their 7-year-old granddaughter first noticed what the downed tree resembled. 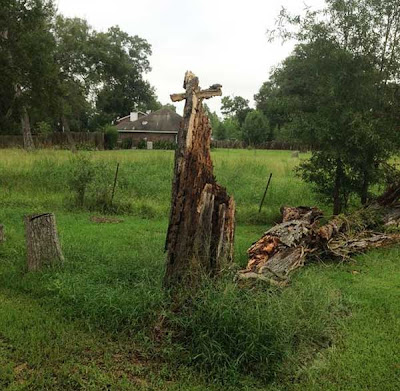 "Something told me there was something on that tree. I just looked, and took a good look, and I was like, there's a cross," explained Kelsie Gillard. Kelsie Gillard couldn't wait to tell her grandmother. "All of a sudden, she says look, there's a cross," recalled Deena Gillard. "I think it's absolutely a gift." Deena Gillard says there's no disputing that what's left of the tree looks like a cross. 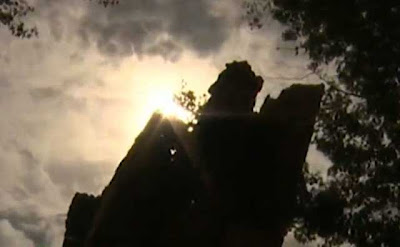 The devout Christian calls it a sign from above. According to Gillard, the tree fell down on the three year anniversary of her dad's death to the day. "It's a sign. I'm telling you, it's a sign," said Deena Gillard. The more her husband stared at the snapped tree from their porch, he noticed something more distinct. "It is the face of Jesus Christ," said Larry Gillard.

"Some people say I'm nuts or think I'm nuts, but I welcome them to come up here and sit and witness it for their own belief." Larry Gillard says the image becomes more clear as the sun goes down. "The eyes become plain and clear. You can see the beard starting to form," said Gillard. "The crown of thorns appears around the top of the head." The family says they won't be touching the tree or doing anything to it. They're now planning on building a fence around it for protection.