A rural police officer was forced to call for back-up after he was sent to arrest a cattle farmer's son, because he was afraid of cows. When PC David McTurk told David Lindsay that he had arrived to take his son into custody, he warned about his fear of cows, Stirling Sheriff Court was told. But the 17-stone agriculturalist simply "got red in the face" and told PC McTurk that he didn't like policemen. After a cowshed stand-off, PC McTurk, who already had a female officer with him, called for further assistance. Not until other officers arrived at the byre (cowshed) in Thornhill, Stirlingshire, were Lindsay and both of his sons - Ian, who the officers were looking for in the first place, and Callum, finally taken into custody. The situation was branded "ridiculous" by Sheriff Celia Sanderson. She formally acquitted Callum Lindsay, 20, of obstructing police after the Crown accepted his plea of not guilty - and she admonished David Lindsay, 53.

Gail Russell, prosecuting, said PC McTurk and PC Stephanie Martin arrived at Lindsay's farm at 9.30am on August 13th (2014) to find the farmer and both of his sons in the cowshed. She said the officers had arrived in a marked car, and were both in full police uniform and hi-vis jackets with "Police" written on the back of them. She said: "The shed was full of cattle, obviously large animals, and they found the accused wasn't very receptive towards them. I am told the police tried to explain in calm manner that they needed Mr Ian Lindsay to come with them, and PC McTurk told him he had a phobia of cows and didn't like being around cattle. Mr Lindsay said he didn't like police. They informed Mr Ian Lindsay that he was to be detained under section 14 of the Criminal Procedure (Scotland) Act 1995 in relation to a different matter, but his father began shouting at the police saying his son was going nowhere." 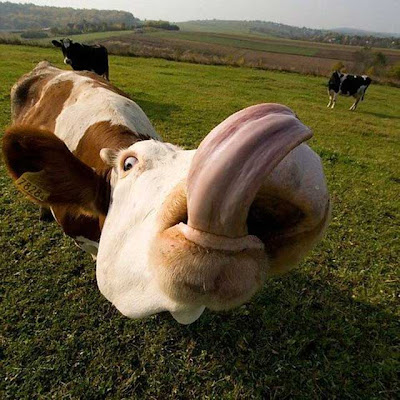 Miss Russell said Lindsay, later described as "naturally ruddy", jumped over a small fence and told police he had "already sorted the matter out" with an inspector. The depute fiscal said: "Mr Lindsay became very angry and his face turned extremely red. He placed his hands on his son's right arm. He was told to release his hold but he refused, and positioned himself in between his son and the police officers. This continued and the police were concerned they were going to be assaulted, so they made a call for assistance from other officers. Eventually other officers arrived, and Mr Lindsay and his sons were detained." Miss Russell said: "Mr Lindsay's demeanour is described as being rather sinister, and he was ranting - he is an extremely strong man and a farmer." Lindsay, of Easter Frew Farm, Thornhill, Stirlingshire, pleaded guilty to resisting, obstructing, molesting and hindering police.

Nicholas Scullion, defending, said it was surprising that an officer with 15 years experience working in a rural community should have a phobia of cattle. He said his client had been confused when police arrived to detain his son, as he had already made an arrangement with an inspector to hand himself in later that day. He added that the matter that Ian Lindsay had been detained for was later "resolved amicably". Mr Scullion said: "The atmosphere was rather charged, given this officer's phobia. My client is a farmer - they normally have a ruddy complexion. He is six foot, he is 17 stone, but he is not a mammoth. In the frustration of trying to explain he found himself in a situation where he took hold of his son's jacket and said 'you're not taking my son with you'. This was retrospectively a bad move." Sheriff Sanderson agreed with Mr Scullion's suggestion that Lindsay, who had no previous convictions, should be simply admonished. She said: "This was a somewhat ridiculous situation for someone of your age to get himself into. The police were trying to do their job. In all the circumstances I'm going to admonish you, and I never expect to see you back in this court again."
Posted by arbroath at 6:01 am
Email ThisBlogThis!Share to TwitterShare to Facebook