A Japanese woman allegedly attacked her husband with a kitchen knife because of the terrible smell he had left in the toilet.

Police say Emi Mamiya, 29, was arrested on suspicion of attempted murder after apparently slashing her husband’s face with the knife. 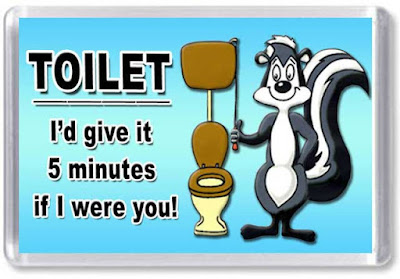 Mamiya was reportedly incensed by the smell left behind after her 34-year-old partner emerged from the bathroom.

Her anger was further fuelled when he tried to help their 3-year-old son use the toilet “without washing his own hands first,” she said.
Posted by arbroath at 6:03 am
Email ThisBlogThis!Share to TwitterShare to Facebook