A dog in Bavaria, Germany, secured a lift in a car earlier this week when it played dead in order to hitch a ride with a local motorist.

The dog lay motionless in the road in Mainaschaff until it was spotted by a driver on her way to work, police said on Monday. 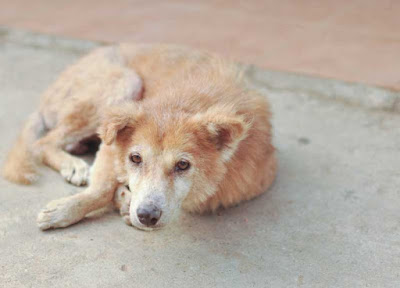 The animal appeared to be dead or seriously injured, prompting the woman to stop her car and get out to see if she could help. But apparently, this was the chance the mongrel had been waiting for.

Leaping to its feet, it swiftly jumped inside the car. Unable to coax the dog back out again, the woman drove him the four kilometres to her office. She then handed her four-legged hitch-hiker over to the police, who were able to reunite him with his owners.
Posted by arbroath at 6:02 am
Email ThisBlogThis!Share to TwitterShare to Facebook