Highly trained sniffer dogs have been successfully used for the first time in Australia to detect a noxious weed that poses a threat to the environment and agriculture. The two "botanist puppies" and their expert handlers have located hundreds of orange and mouse ear hawkweed plants in Kosciuszko National Park in New South Wales. The noxious weed was imported from Europe for horticulture, and has since been banned from sale due to its invasive nature. 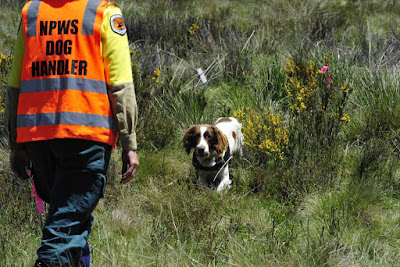 "[The dogs] can differentiate one plant from another, kind of like a botanist," said weed management officer and dog handler Hillary Cherry. "They have called them botanist puppies, because they can say that is definitely hawkweed. We were doing an evaluation the other day and running through dense scrub and the dog turned quickly, ran back put her nose underneath a big thick patch of scrub and found a ... patch of hawkweed seedlings. 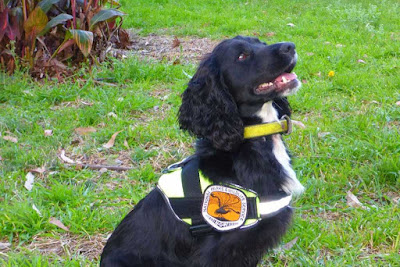 "We never would have been able to find them. Their ability is so strong and powerful it blows us away every time." Only 200 square metres of the weed is known to exist across nine extremely remote alpine locations within Kosciuszko National Park - the only known infestation in Australia. "This is the first time we have ever used a dog to detect noxious weeds in Australia that we know of," Ms Cherry said. Ms Cherry and her canine companion Sally are one of two dog-handler teams working in the area. 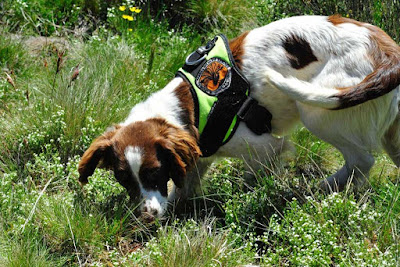 "It is very similar to when they search for drugs or truffles," she said. "We associate the scent of hawkweed with the reward. The dog then realises that once she finds that hawkweed plant, she gets a reward. She gets the tennis ball thrown for her and she gets very excited about that." As part of the overall weed control program, hundreds of volunteers comb the park on foot in small groups looking for hawkweed. The dogs and their handlers follow the human teams on foot to root out anything they miss. Ms Cherry said the aim was to kill every flowering hawkweed plant in the park within the next five years.
Posted by arbroath at 6:03 am
Email ThisBlogThis!Share to TwitterShare to Facebook