A naked man armed with a bow and arrows was taken into custody late on Monday night after a short stand-off with Kansas City police.

Police were called to the 7500 block of E. 83rd Street at about 9:30 p.m. after someone reported that a naked neighbour was knocking on their door. Police officers saw the naked man throwing pieces of food to imaginary animals before he went inside a house. 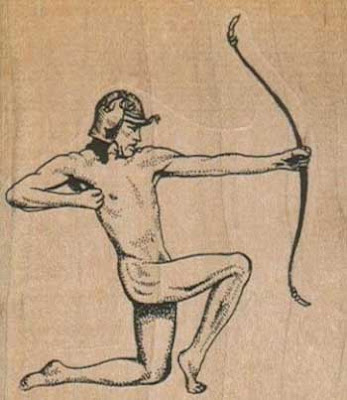 He refused to come outside and then shot an arrow out of a window towards the area where officers were hiding, according to police.

Police then called an Operation 100 and tactical officers surrounded the house for about an hour before the man came outside. Officers used a Taser to subdue him and he was taken to a hospital to be treated, police said.
Posted by arbroath at 6:02 am
Email ThisBlogThis!Share to TwitterShare to Facebook