A transsexual has accused a council of sexual discrimination after a worker refused to believe she was a woman. Katrina Harte, 50, spent more than four decades trapped in a man’s body before having a sex-swap operation. She still needs to have her Adam’s apple removed – a tracheal shave – but finally feels she is on her way to becoming the person she was born to be.

However, she was left angry and upset by a North Tyneside Council worker, who refused to take a parking fine payment over the phone, telling her she was clearly a man and not the owner of the car at fault. “I was furious, and I burst into tears. . . aren’t they supposed to have a policy where they don’t discriminate against lesbian, gay, bisexual and transsexual people?” blasted Katrina, of North Shields, North Tyneside. “I lodged a complaint there and then.” 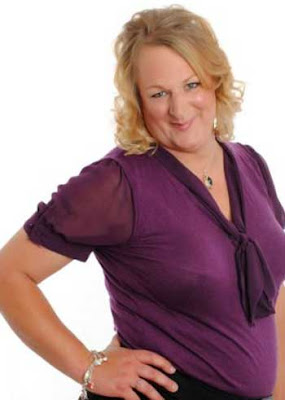 The wrangle began when Katrina’s car was given a ticket as she briefly parked at a bus stop in North Shields. She phoned the council’s parking control department to pay the fine. “A woman answered and I gave her my name and address,” explained Katrina, who has three children from her previous life as a man. “Then she said she couldn’t accept my payment because the car is registered to a female and I’m clearly a man!

“It was like a smack in the face and I burst out crying. She apologised when I put her right, but the damage was done, and she never should have said those words. I’ve had letters from North Tyneside Council telling me they won’t be taking disciplinary action because the words weren’t intentional, but that’s not the point. I want a full apology from them.”
Posted by arbroath at 6:00 am
Email ThisBlogThis!Share to TwitterShare to Facebook

Right.... clearly a man on the phone. What was the worker to do? And she did apologised for her mistake. I'd say the worker did the right thing for querying this as she should.

When I smoked, I had a deeper voice and was called "sir" more than once on the phone. Get over it, lady, people without transgender assignment are referred to as the opposite sex, as well.

It's humourless, overly-sensitive, professional offence-takers like this character that have turned our society into an anodyne, pc wasteland. YOU DON'T HAVE THE RIGHT NOT TO BE OFFENDED! Now bugger off and grow a pair. Oh, wait...

I'm surprised the council even cared who was giving them the money.

First World "problem," for sure.