Dog alerted owner to deadly snake slithering under his feet

Drew Scott was spending a lazy Sunday afternoon on his back patio in Australia's Gold Coast, with a beer and tending the barbeque, when a venomous brown snake slithered directly beneath his chair. 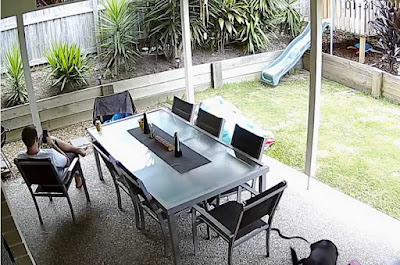 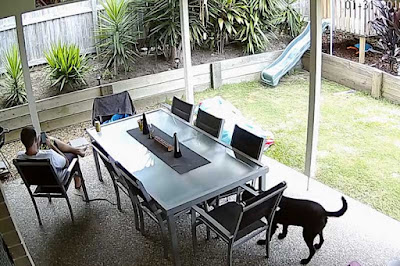 The 34-year-old, whose alarming encounter with the dangerous reptile was captured by his home CCTV camera, said he would have been none the wiser had his dog not alerted to him to the snake’s presence. “I saw the dog come around and she growled and [when] I looked down I saw the snake,” he said. 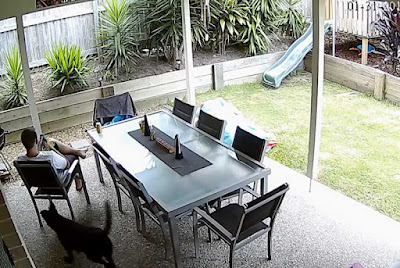 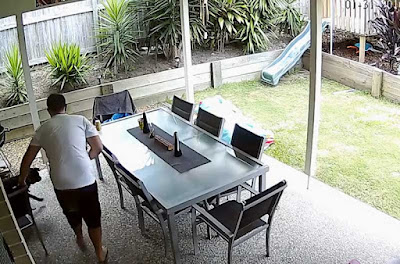 “The first thing [I did] was to jump away and make sure I got the dog inside straight away ‘cause I was concerned she might get bitten.” His three and five-year-old children were playing just metres away inside his home and Mr Scott said the snake then slithered under the fence and into an adjacent park reserve. He believes it came from the direction of the road and was possibly searching for shelter.

Mr Scott said this was the first time in the year-and-half he has lived in his Pacific Pines residence that he has seen the venomous species. With snake mating season in full swing, reports of snake sightings and attacks of people and pets are on the rise across Australia. Snake experts advise keeping yards clear of rubbish and ensuring long grass is trimmed, doors and windows are secured and small pets are locked away. “Keep clutter away,” Mr Scott advises. “‘Cause [chances are] you’re not going to see them if you’ve got clutter lying around.”
Posted by arbroath at 6:04 am
Email ThisBlogThis!Share to TwitterShare to Facebook

Ridiculous story misses the obvious point: snake was nonaggressive and no one was in danger until snake was noticed.

Non-aggressive? Not knowing it was there, putting his foot down on it will make it aggressive real fast.