Dog rescued after getting stuck in base of tree

A dog became trapped in the base of a tree in Port Orange, Florida, on Friday. 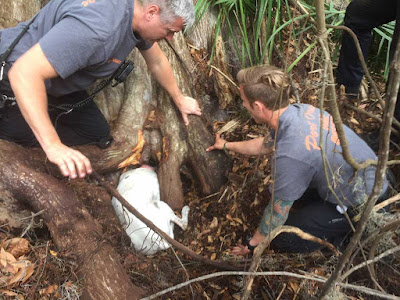 Passers-by spotted the confined canine and called authorities after they heard a whimper while walking their own dog. 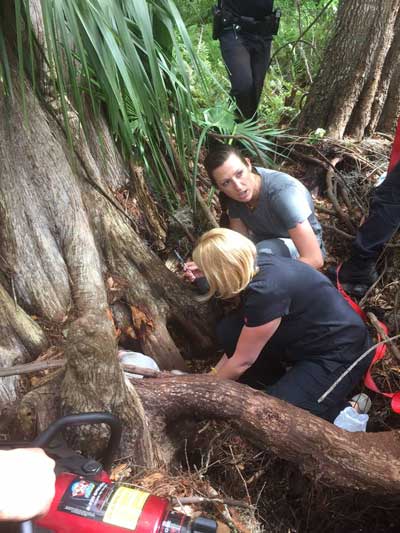 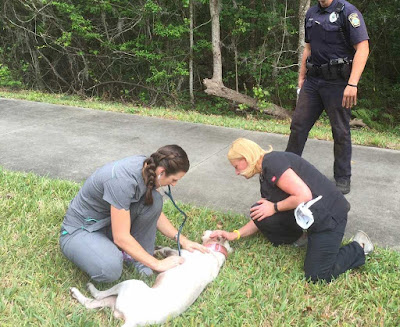 Port Orange police and firefighters teamed up with veterinarian Dr Katie Malensek to free the animal from the roots. Malensek sedated the dog while first responders used chain saws, Jaws of Life and winches to get her out safely. 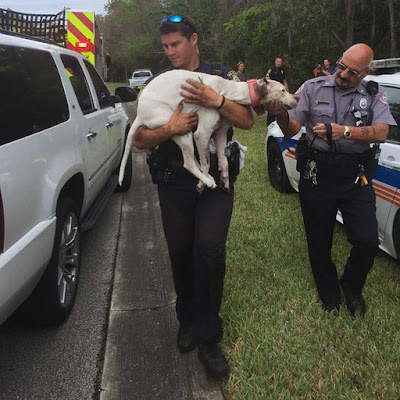 Rescuers originally dubbed the pup "Jane the dog" until they took her to Ravenwood Veterinary Clinic and located the owner, who told them the dog's name is Sailor. Sailor is unharmed and now back with her family recovering.

There's a video of Sailor being freed here.
Posted by arbroath at 6:05 am
Email ThisBlogThis!Share to TwitterShare to Facebook