Authorities say car chase suspect Richard Lange, thought he could evade officers by jumping into a large lake in Montgomery County, Texas, but his game plan quickly changed after he got into the alligator-filled water. 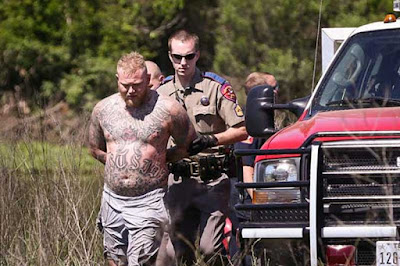 Lange was driving at around 8am on Monday when deputies attempted to stop him to check if he had been in a hit-and-run accident or needed help after they noticed front-end damage on his vehicle. He was also driving on three wheels at that point, police said. Witnesses told police that Lange hit up to a dozen cars while driving before police made the stop. 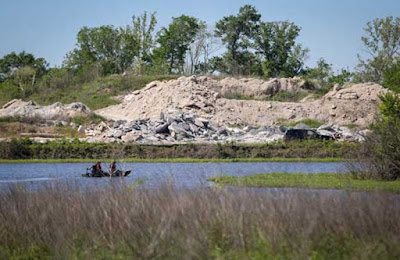 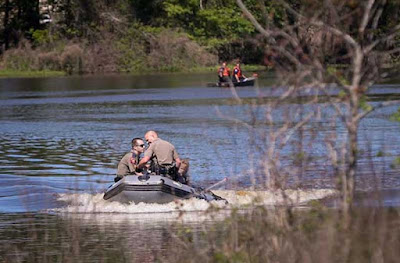 Lange then allegedly jumped into the lake, that is frequented by lots of large alligators, and swam to an island about 100 feet away, where he stayed for the next four hours. Department of Public Safety troopers, Conroe Fire Department and Montgomery County Hospital District EMS responded to get Lange off the island and into custody. A Montgomery County Sheriff’s K-9 unit was sent onto the island right before Lange emerged at the north end of the island, flagging down officers to get him. 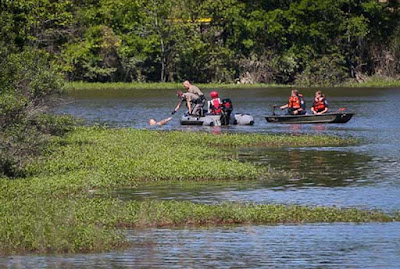 Authorities used a boat from the Conroe Fire Department to get Lange off the island. He was eventually arrested without incident. Lange was taken to the Montgomery County Jail and is facing charges of driving while intoxicated, evading arrest and two counts of failing to stop and render aid. “When people get intoxicated,” Mike Atkins with the Precinct 3 Constable’s Office said, “you never know what’s going to happen with them.”
Posted by arbroath at 6:04 am
Email ThisBlogThis!Share to TwitterShare to Facebook

Poor Alligators, guess they don't get a tattooed lunch after all.