A man has been crushed by a lift at a Australian nightclub after reportedly mistaking it for a toilet.

Emergency services were called to The Met in Brisbane at 12.10am on Sunday to free a man who had been crushed by a six-person elevator.

It is understood the man had crawled into the elevator shaft before becoming pinned. A lift technician was called out to the scene to help release the allegedly intoxicated man who had suffered pelvic fractures. 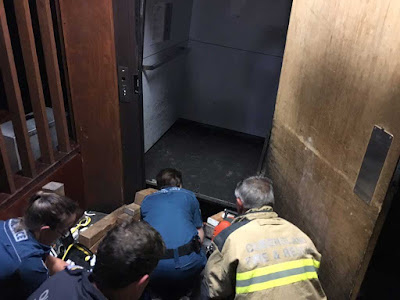 It took about an hour to free the man who was then transported transported to Royal Brisbane and Women's Hospital in a stable condition. It is believed he will make a full recovery.
Posted by arbroath at 6:02 am
Email ThisBlogThis!Share to TwitterShare to Facebook