The animal charity, RSPCA Cymru, says it has been called out twice over the last two weeks to rescue abandoned goldfish dumped in a side-street culvert. The six pet fish were rescued from culvert in Abergavenny, Wales. 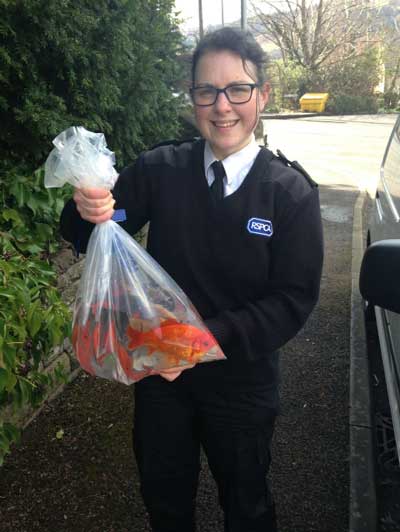 Two were found there on the 22nd March and on Wednesday four more were seen at the drain at Fosterville Crescent. RSPCA inspector Kate Parker said: "This was a bit of a strange rescue as you don’t expect to see goldfish out of their ponds and in the water system. 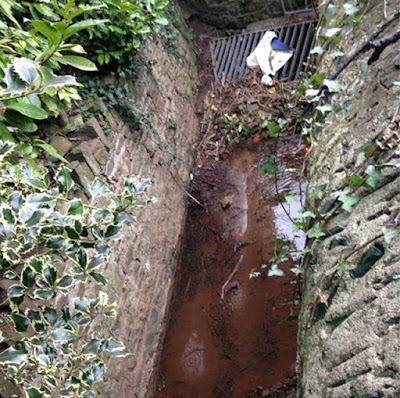 "These goldfish could have come from anywhere, so we are appealing for information to try and find out what happened. The culvert where they were found is a 12 foot drop so it is unlikely that they were dropped into it. Someone may have just let them loose into the water system upstream. 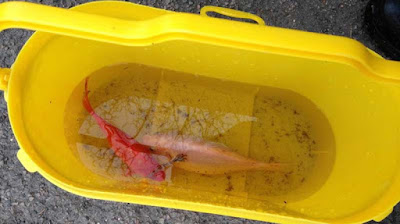 "So far two lots of goldfish have had to be rescued on two separate occasions. They have all appeared to be healthy." The fish were taken to an outdoor pond to be looked after. Anyone who may have information about these fish should contact the RSPCA.
Posted by arbroath at 6:03 am
Email ThisBlogThis!Share to TwitterShare to Facebook