A huge fountain of water was sent gushing into the air after a water pipe burst in Merseyside. 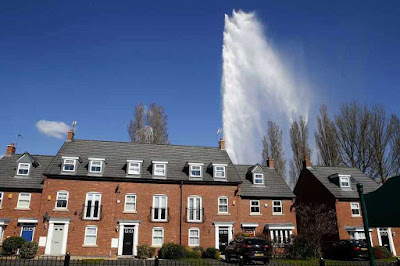 It could be seen soaring about 120 feet above houses in Cartbridge Lane, Halewood, from about 12:00pm on Thursday. 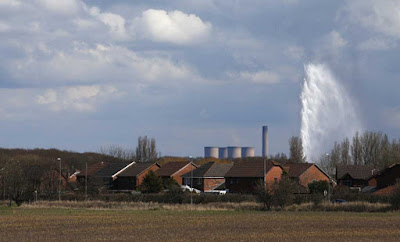 The leak erupted close to the former Bridgefield Forum site, which is being developed for housing. 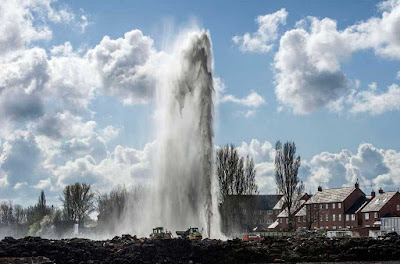 A spokesman for United Utilities said engineers were sent to the scene to carry out a "controlled shut-off".
Posted by arbroath at 6:02 am
Email ThisBlogThis!Share to TwitterShare to Facebook