Police say a prank call is to blame for damage done to a Burger King in Coon Rapids, Minnesota, on Friday night. Just before 9:30pm, workers at the fast food restaurant received a call from someone claiming to be with the fire department. That person told the manager they were detecting dangerous levels of gas and if they didn’t break the windows, the restaurant would explode. 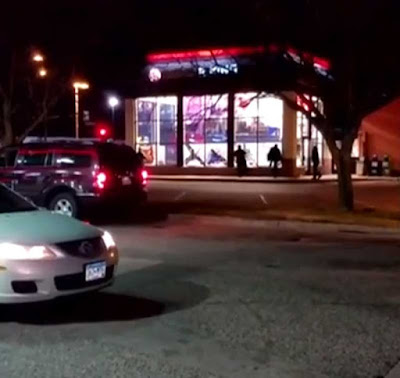 “It’s nothing I ever came across so I didn’t know what to do,” said employee Ethan Grewe. Grewe was one of the workers frantically breaking windows. He said that a caller told his manager that it had to be done, otherwise the building would explode because of a gas leak. “I guess I was a little scared. My other co-workers were doing it so I just followed along,” said Grewe. 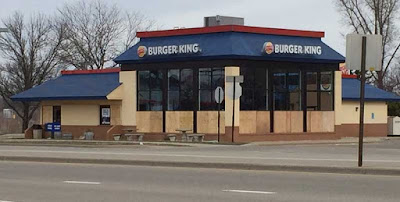 This Burger King isn’t the first fast food restaurant to fall victim to this kind of hoax. Similar pranks have targeted restaurants across the US like Burger King, Wendy’s and Jack in the Box in Arizona, California and Oklahoma. Each of the pranks had similar results. Customers trying to get inside on Saturday were met by locked doors, but the drive-through remains open until the windows are fixed.

As police investigate, they are advising employees that if they get a call like this they should walk out of the building and call 911. Coon Rapids Police say they will never tell businesses to damage their own property, and they should assume any calls like this are pranks. Coon Rapids Police said if the caller is caught, they could face a number of different charges.
Posted by arbroath at 6:03 am
Email ThisBlogThis!Share to TwitterShare to Facebook

Police say a prank call is to blame for damage done to a Burger King in Coon Rapids, Minnesota

No, an incredibly stupid employee is the blame for the damage.

When Psychology Majors Go Bad... oh man, that would be actually be entertaining.