Firefighters in Medford, Oregon, were called to rescue a nine-year-old girl after she became stuck in a very tall tree. Arrabella Freeman found herself stuck 40 feet in the air after showing off her climbing skills. Arrabella made her way up the tree, but then couldn't figure out how to get down. 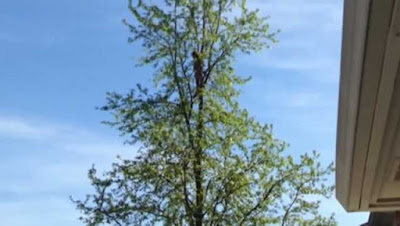 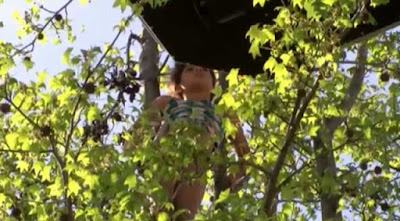 "I was trying to go all the way to the top and then climb down, but then I got stuck on that branch right there," Arrabella says. Neighbours grabbed her dad, who didn't even see Arrabella at first. "And she said she's way up at the top, 'Look,' and I see her poke her head around the bush, and she said, 'Hi!'" Quinn Freeman says. 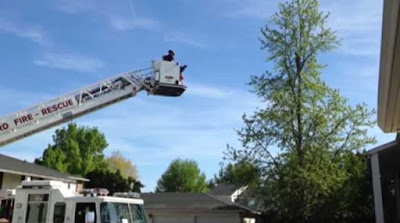 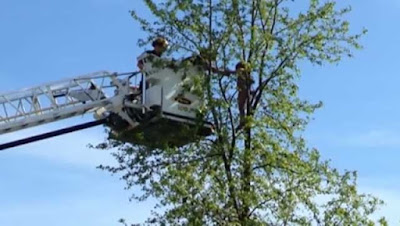 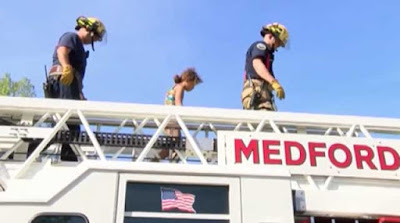 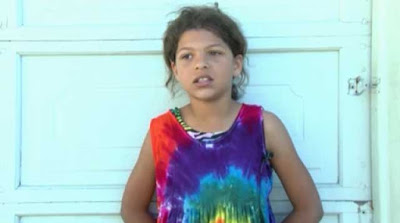 "I was still kind of nervous, but when they came to get me, I was kind of happy," Arrabella says. She made is safely back to the ground a few minutes after her rescuers arrived. "Thank you for saving me," she said, once her feet touched the ground. She had a few scratches, but is going to be fine. Arrabella says her tree-climbing days are now over.