A man trying to flee from arrest fell over because he had a huge machete hidden in his trouser leg, police said. 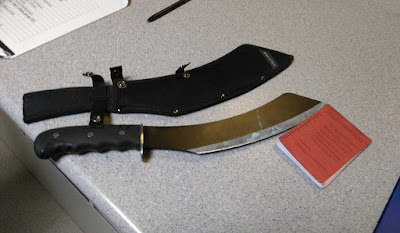 A teenager tried to run from police in south London after they stopped the Vauxhall Corsa he was a passenger in.

He tripped and fell, and police have suggested his fall may have been because the machete in its sheath was hidden in his trouser leg. 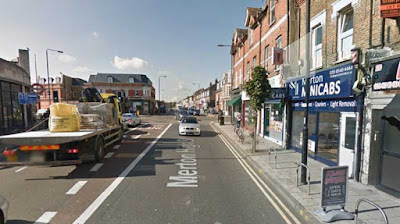 The car was stopped in Merton High Street, between south Wimbledon and Colliers Wood, shortly after midnight on Thursday. A substance believed to be cannabis and a set of scales were also found in the car. Two young men, one aged 17 and the other in his early twenties, were arrested.
Posted by arbroath at 6:01 am
Email ThisBlogThis!Share to TwitterShare to Facebook