A cat's owner was shocked to learn that his pet had been involved in a dramatic rescue from the River Liffey in Dublin, Ireland. Casper the cat got into difficulty shortly before midday on Tuesday when he entered the water close to a bridge in Ringsend. 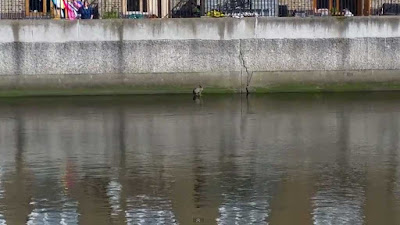 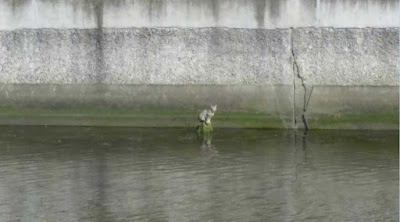 The Dublin Society for Prevention of Cruelty to Animals team received a call from a passer-by who had spotted the terrified 18-month-old cat perched on a rock in the water. Casper had managed to climb down from the wall and railings but soon found that he had no way to escape.

Inspector Tony McGovern responded to the call and attended the scene, but was unable to coax the cat out of the river, or reach him from his location. Firefighters were then called in, using a river rescue boat to reach a thankful Casper and pull him to safety. A DSPCA spokesperson described DFB's actions as "amazing". 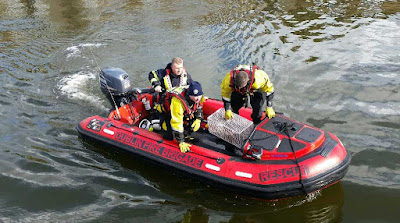 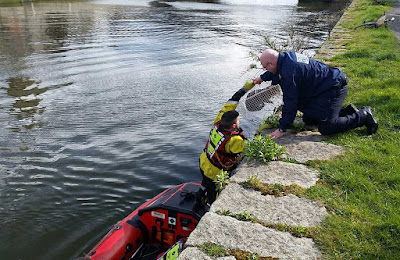 They then began the task of locating the cat's owners, assisted by the fact the animal was micro chipped. "The owner was shocked to learn of Casper's adventures for the day," the spokesperson said. "If the cat had not have been micro chipped, however, it would have been a lot more difficult to track the owner down." The "delighted" Ringsend-based owner was reunited with Casper on Wednesday morning.
Posted by arbroath at 6:04 am
Email ThisBlogThis!Share to TwitterShare to Facebook