A woman who held a Stanley knife towards a terrified university student and demanded cash made off with a bag of marshmallows. Sian Budski, 39, of Bethesda, north-west Wales, was jailed for 32 months at Caernarfon Crown Court on Tuesday after she admitted robbing a Chinese second-year student who was shopping at Bangor in December.

Prosecutor Richard Edwards said Budski was extremely aggressive towards police afterwards and had been tasered. The victim had bought two bags of marshmallows and was in the high street when Budski grabbed her wrist. “The defendant told her to give her all her money,” Mr Edwards said. Budski was brandishing a knife and, when the frightened victim said she only had a bag of sweets, the defendant grabbed them. Budski ran off, entered a shop and police arrived. 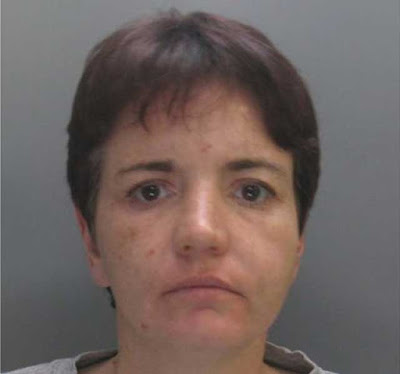 The stun gun was used to detain her. The prosecutor added that the ordeal had left the victim afraid of going out in the dark. Defence barrister Anna Pope said Budski had no memory of the events and was “shocked and horrified” when shown CCTV footage. There was no specific targeting of the student and Budski wished to apologise to her. At one time the defendant, who had previous convictions, almost completed a psychology degree at Bangor university.

But she didn’t do so after appearing in court. Judge Gaynor Lloyd said the defendant claimed to have no memory of the street robbery due to drink and drug use. The judge told her: ”You were on a drunken mission to commit offences that afternoon but the robbery was opportunistic in nature.” The student was “in the wrong place at the wrong time.” Judge Lloyd said Budski had a “difficult” history and was described as a persistent offender. “You clearly have complex issues you need to address,” the judge added.
Posted by arbroath at 6:03 am
Email ThisBlogThis!Share to TwitterShare to Facebook