A man has been charged over a brazen hooning incident outside a police station in Queensland, Australia. Police allege 32-year-old Wade Tyron Summers from Ipswich performed burnouts and made rude gestures in a Nissan Skyline just before 1am on Wednesday outside the Surfers Paradise Police Station. 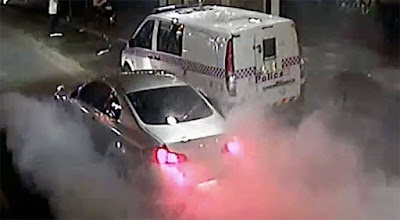 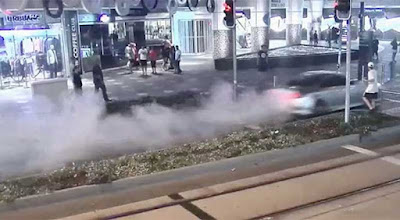 The station was open at the time but police did not arrest him. That night he allegedly continued his hooning behaviour, this time on Surfers Paradise Boulevard, revving his engine and creating noise. On Thursday he allegedly did the same thing. Police were able to use the City of Gold Coast Safety Camera Network to help track down Mr Summers, who was arrested on Thursday night. 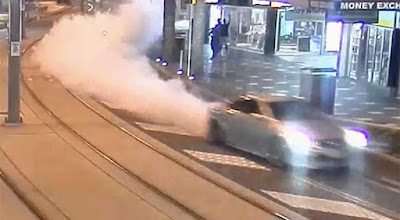 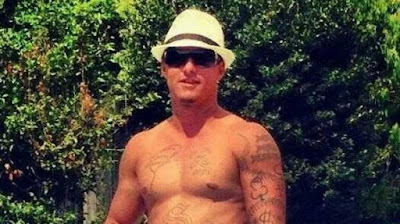 Senior Sergeant Laurie Shevlin of Surfers Paradise police said the cameras were important to the investigation. "The incidents were captured on the City safety cameras and subsequent police investigations resulted in the offender being identified, located and arrested without further endangering the public," he said.

"Surfers Paradise police are dedicated to ensuring the safety of our community and this type of behaviour won't be tolerated, especially in built-up areas where pedestrians and other road users are put at risk." Mr Summers faced Southport Magistrates Court on Friday charged with eight offences including dangerous driving, trespass and wilfully making noise. His matter was adjourned until May 3. His car was also impounded for 90 days. If Mr Summers is convicted and he does it again, next time the vehicle could be crushed.
Posted by arbroath at 6:04 am
Email ThisBlogThis!Share to TwitterShare to Facebook