A drug dealer ended up in court after telling police his cocaine had been stolen. Daniel Barker, 23, phoned officers to say he had been assaulted, but then landed himself in trouble by saying two men had made off with his cocaine. Carlisle Crown Court heard this happened after a planned drug deal went wrong at a park off the city’s Newtown Road.

Barker, of Botcherby, Carlisle, even went on to tell officers: “I have some on me now.” When he was then asked if there were any more drugs in his house, he replied: “Aye boss, there is.” Barker was spared an immediate prison sentence after admitting two charges of supplying cocaine and one of possessing cocaine with intent to supply. Gerard Rogerson, prosecuting, said Barker contacted police on July 20 last year. 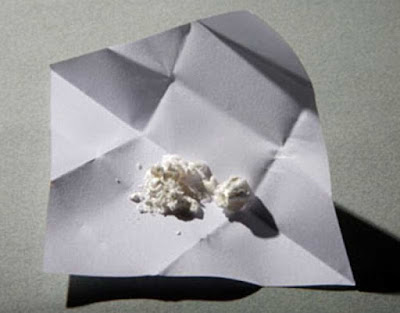 “When arrested he said I have some on me now.” Three wraps, with a total street value of £88, were found either on him or in a bag. Barker told police he met two men in the park but he was not expecting the second. John Smith, representing Barker, said it was a “fairly unique case” where a “drug dealer reports himself to police”. Barker shook and wept in the dock as Judge Barbara Forrester passed sentence. She sentenced him to two years in jail but suspended it for two years. He must also do 200 hours of unpaid work.
Posted by arbroath at 6:03 am
Email ThisBlogThis!Share to TwitterShare to Facebook