Officials rescued a mountain lion from the top of a power pole near Polson, Montana, on Wednesday morning. 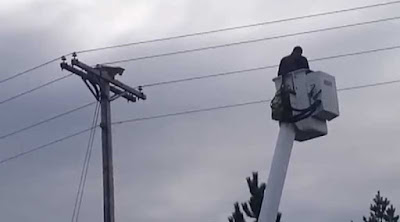 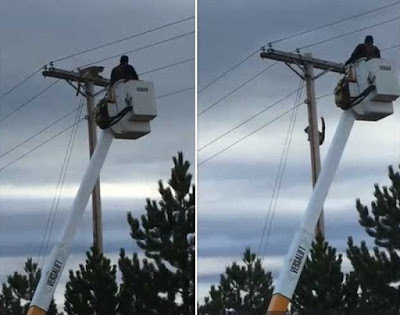 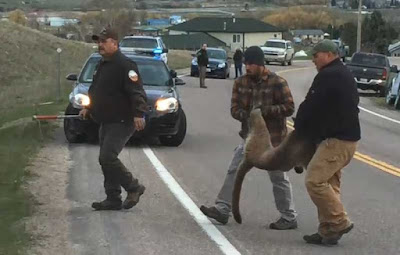 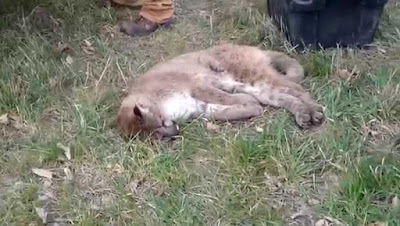 Mission Valley Power cut the power to allow tribal game wardens and biologists to tranquilise the lion. Once tranquilised, the cat tumbled to the ground.

Confederated Salish and Kootenai Tribes communications director Rob McDonald said it appears the lion wasn't injured in the fall. McDonald said the young cat was to be released sometime on Thursday.
Posted by arbroath at 6:04 am
Email ThisBlogThis!Share to TwitterShare to Facebook

I'm surprised they didn't have a net or something for it to fall on. It's probably hard enough to hold onto the top of a pole when you're conscious.

Yeah, normally you see nets in these situations, like black bears in relatively small trees.