Workers were in for a surprise last week when they went to disconnect the power at a home in North Carolina that is due to be demolished.

When the men from Morganton Electric Services Department opened the electrical box, they were greeted by two dead snakes that had managed to climb in there. 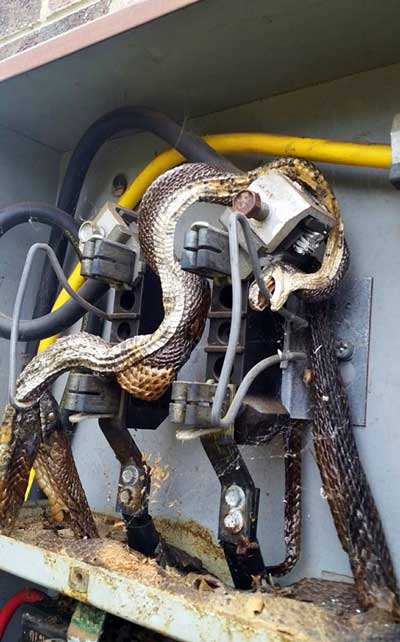 One snake had slithered across two hot terminals and had been electrocuted. The second snake had then bitten the first snake and also received a fatal jolt.

Electric Services Director Brooks Kirby said neither snake was poisonous, judging by the shape of their heads, he guessed they were black snakes, but they were both fairly large, with the first snake coming in at around 3.5 feet and the other around 6.5 feet long.
Posted by arbroath at 6:05 am
Email ThisBlogThis!Share to TwitterShare to Facebook