Firefighters baffled by mystery appearance of sofa on roof of house

A sofa mysteriously appeared on a fourth-floor roof on Wednesday afternoon, leaving firefighters baffled. The dark blue piece of furniture was spotted upside-down on the pitched roof on East Street, Epsom, Surrey, at around 4.30pm by community support officers and the fire crew at Epsom were called. 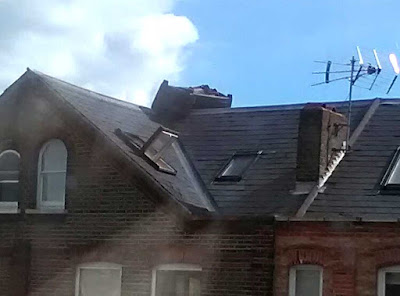 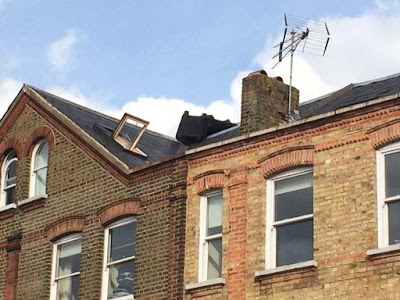 After the pavement below was cordoned off, Watch Commander Paul Terry climbed a ladder and removed the sofa. t had to be dismantled before Mr Terry could bring it down. It was speculated the high winds might have blown the sofa up on top of the building but this was dismissed by firefighters. 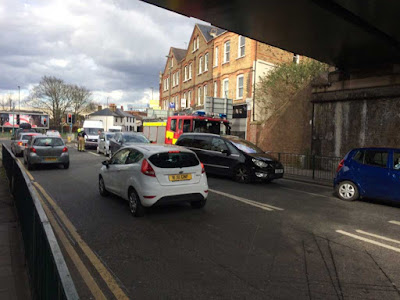 A Surrey Fire and Rescue spokesman said: “We have absolutely no idea how the sofa got up there – we’re baffled. I know it’s been a bit windy recently but there’s no way this could have been wind. There was no-one at home so we couldn’t ask. The sofa was too big to fit through the nearby skylight. Other than maybe if someone dismantled it, passed it through the window, re-assembled it and then turned it upside-down, I honestly don’t know how this happened. 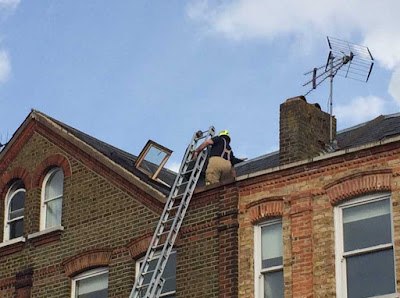 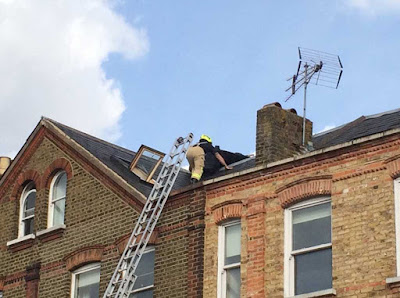 We’ve never had an incident like this before.” Firefighters were quick to issue a safety warning about such incidents, saying the sofa could have fallen off and injured passers-by. “We cordoned off the area below – but people didn’t really pay attention to it. They never do, really. East Street is a busy road and there are a lot of children around because it’s the school holidays. Or it could have fallen down the back and injured someone in their garden.”
Posted by arbroath at 6:02 am
Email ThisBlogThis!Share to TwitterShare to Facebook

Whoa. THAT had to be a frat party worth attending!

Actually, it might have been a bunch of engineering students at the nearest college or uni. Looks like a serious geek joke.