A would-be burglar was caught red-handed by police when his finger got stuck in a door chain on the house he was trying to burgle. 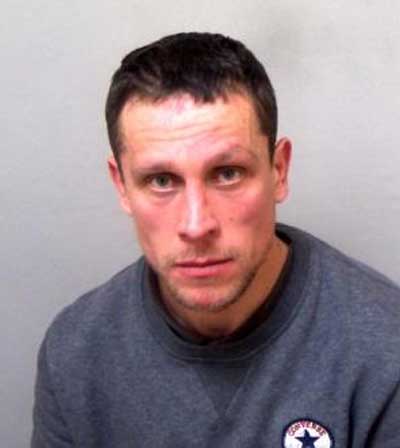 Christopher French managed to get a finger stuck in the security chain of the home in Colchester, Essex, on February 25 this year. Police were alerted by the resident who was at home at the time - and officers arrived to find French still attached to the chain.

French, 32, of Colchester was arrested at 11.30pm before officers used a screwdriver to remove the chain. He was later charged with attempted burglary. He pleaded guilty and was sentenced to 33 months' imprisonment at Chelmsford Crown Court. 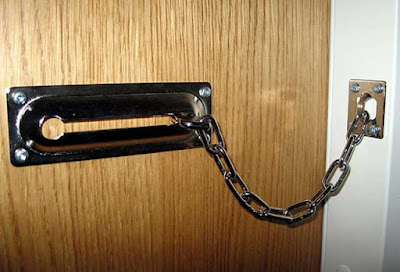 Investigating officer DC Chris Leslie from Colchester CID, said: "Despite being caught in the act, French initially claimed he was trying to gain entry after hearing a woman in distress inside. Thankfully he saw sense and admitted his guilt. I'm pleased he is now serving a prison sentence and hope he uses the time behind bars to think about the consequences of his actions."
Posted by arbroath at 6:02 am
Email ThisBlogThis!Share to TwitterShare to Facebook