An annual shareholder meeting at Mercedes was halted after police were called to defuse a fight over sausages. Over 12,500 sausages were provided by Daimler, the owners of Mercedes-Benz and other car brands, to roughly 5,500 attendees in Berlin, Germany. 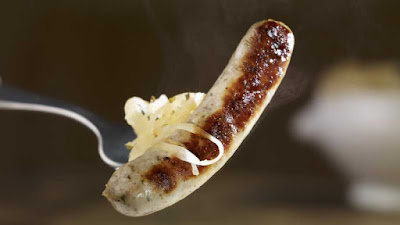 Shareholders were meant to be celebrating the company's highest-ever dividend payout - a total of £2.8 billion. But the celebrations were overshadowed when a woman complained a man was helping himself to too many sausages from a buffet table.

The man was confronted as he wrapped up sausages to take home, which quickly escalated into a war of words. “We had to call the police to resolve the matter,” Manfred Bischoff, the chairman of the Daimler board, explained to shareholders. 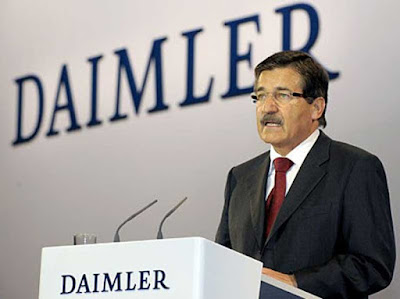 Police were called to calm the situation, after which the woman filed a complaint having allegedly been insulted. "Either we need more sausages, or we get rid of sausages completely," Mr Bischoff added. Potato soup, sandwiches, and cakes were also available on the buffet table.
Posted by arbroath at 6:03 am
Email ThisBlogThis!Share to TwitterShare to Facebook