Rescue dog has donated blood to help save kittens' eyesight

Kittens found dumped in a yard in Sacramento, California, and in desperate need of medical care are fighting for their lives and the ability to see. But they’re getting help from Jemmie the dog. Jemmie's human, Sarah Varanini works at the Sacramento SPCA and that's how they found each other. They like to take walks together, and Jemmie has a lot of tricks up her sleeve. But her biggest trick of all is helping to save a life. 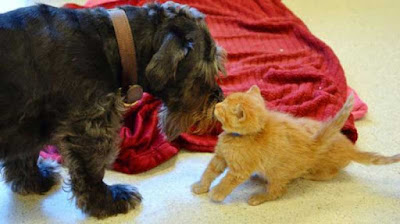 "We had a family come in with two kittens that they had found in their backyard, stray kittens that just showed up; they were the only two that were alive," said Varanini. The tiny kittens had some very big problems. "One had two eye ulcers in his eye, so basically eye infections that are really, really bad, squinty, couldn't see," she said. It was so bad, veterinarians believed that at least one eye would have to be removed. 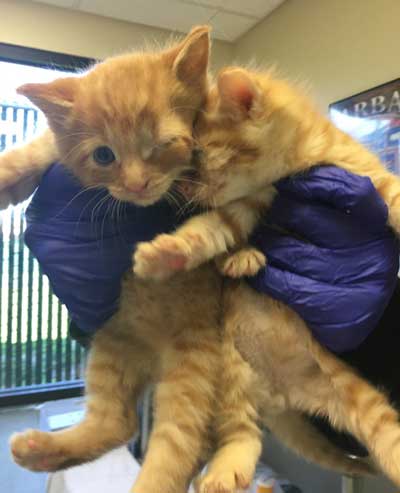 Now there's an all out effort to save the other eyes using antibiotics and a special serum. That's where Jemmie comes in. She donates the blood to help save their lives. "In order to get the serum, we need a good amount of blood, we get that from Jemmie here and basically we spin in down until we get the serum on top and that's all the good stuff in blood and then we use that as eye drops for the little kitten," she said.

Because it's not a blood transfusion, she says mixing dog blood with the kittens isn't a problem, and it's been a successful procedure used many times at the Sacramento SPCA. For at least one of the kittens, the prognosis is good. "It looks a little better; the kitten is able to open it just a peep, and so hopefully we'll be able to save it," she said. After donating her blood, Jemmie gets a special reward - spending time with her favourite furry friends. "She came from here," she said. "She's giving back to kittens and there's nothing she loves more in life than kittens so I know she would love to do it if she could talk."
Posted by arbroath at 6:05 am
Email ThisBlogThis!Share to TwitterShare to Facebook