Firefighters pulled a 55-year-old man out of a sewer in Omaha, Nebraska, at about 6:30pm on Monday after he went in while trying to chase his cat. 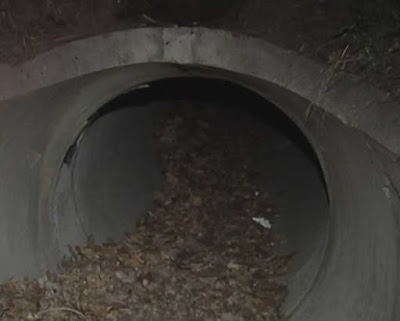 Firefighters popped manholes around the area until they made contact, and he was found about four blocks away from where he had entered. A fire crew specialising in confined space rescues were called in and pulled him out.

Omaha Fire and Rescue battalion chief Jerry Anderson said the man is lucky to be alive. He had been in the sewer for an hour. Going into sewers is not a great idea, given the potential for poisonous gases, Andersen said.

The man was “very lucky,” he said. Paramedics checked out the man, who had some cuts and scrapes, and returned him to his apartment. The cat the man was trying to chase was nowhere to be seen.
Posted by arbroath at 6:05 am
Email ThisBlogThis!Share to TwitterShare to Facebook