Police in the Cottesloe suburb of Perth, Western Australia, are searching for a brazen thief who stole a 1.4m (4ft 7in) toy fireman from outside a store on Friday afternoon. 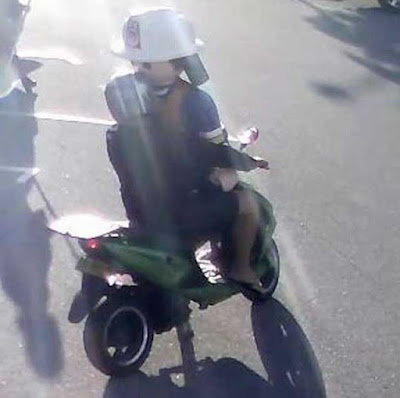 A motorcyclist on a distinctive “hothouse green” scooter picked up the Playmobil fireman from outside Fiddlesticks Toys at about 4.30pm and rode off. Police say security footage shows that the same motorcyclist, with a female passenger, had driven through the car park outside the toy store a few minutes earlier.

The motorcyclist then returned without his female passenger and grabbed the toy fireman, speeding away with it perched in front of him. Video footage shows the man straddling the toy, which was much larger than him, against the handle bars of his scooter and fleeing the scene. 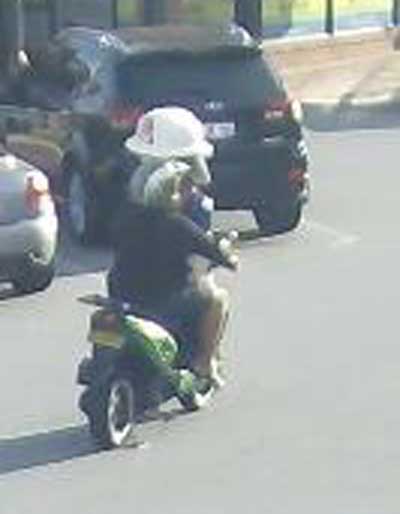 Police say the motorcyclist looked like he was wearing a motocross helmet. It is believed the German-made toy is worth between $500 and $600. Anyone who can help identify the thief and return the fireman, which is the toy store’s mascot, is asked to call Cottesloe Police

You can watch the video footage here.
Posted by arbroath at 6:04 am
Email ThisBlogThis!Share to TwitterShare to Facebook