A major rescue operation was launched after a microlight aircraft piloted by a 91-year-old man crashed into a tree in Edenbridge, Kent, on Saturday. The casualty, who was trapped inside for up to two hours, was freed by firefighters and is understood to have suffered neck and chest injuries.

Kent Fire and Rescue Service confirmed the aircraft crashed at around 3.15pm. A spokesman said: "A microlight aircraft crashed into and had become stuck in an oak tree approximately 15ft above the ground in a field near Edenbridge. Crews used lines, ladders and a tirfor winch to secure the microlight. 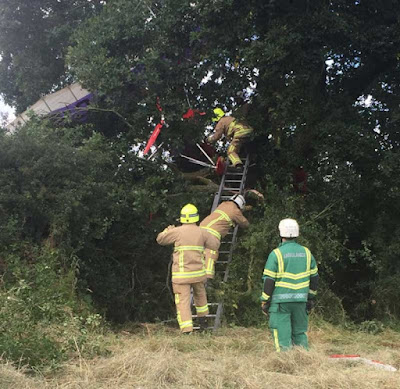 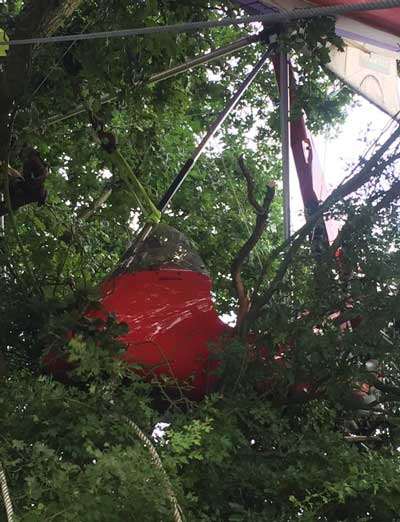 "Extraction of the 91-year-old pilot from the aircraft was made using safe working at height equipment, a tirfor winch and strops." Police confirmed they were called to the scene at 3.26pm. A spokesman said: "A man was reported to be injured and officers were at the scene. There are no reports of anyone else in the aircraft." 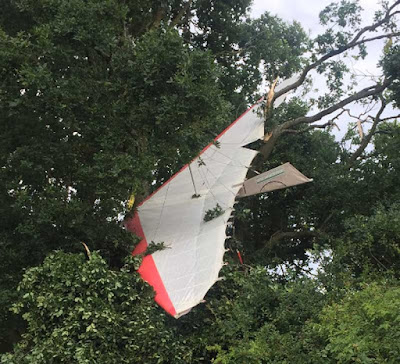 Fire crews later confirmed the man was freed from the aircraft at 5.20pm and was tended to by paramedics. It is understood he was taken to Tunbridge Wells Hospital with possible chest and neck injuries. South East Coast Ambulance's Hazardous Area Response Team (HART) said he was taken to hospital for x-rays and treatment. The Aircraft Accident Investigation Branch has been informed.
Posted by arbroath at 6:03 am
Email ThisBlogThis!Share to TwitterShare to Facebook