Bull rescued after climbing to top of 60-foot water tower

An errant bull had to be rescued after it climbed to the top of a 60-foot tall water tank near Nawagadia in Rajasthan, India, on Monday. Local residents started calling the police control room at 11.00am stating that the bull has climbed up the water tank. 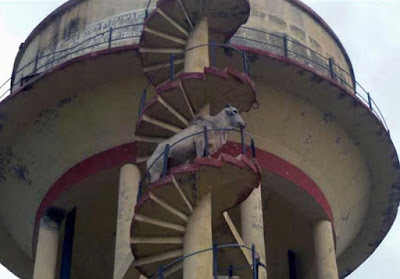 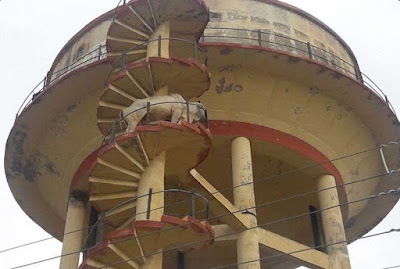 "Initially, the constable at the control room thought somebody must be joking. However, when the phone kept ringing for the same complaint, a team of senior officers rushed to the spot and were taken aback after spotting the bull on top of the water tank," said a senior officer of Churu police. There were many hiccups initially in the rescue operation. 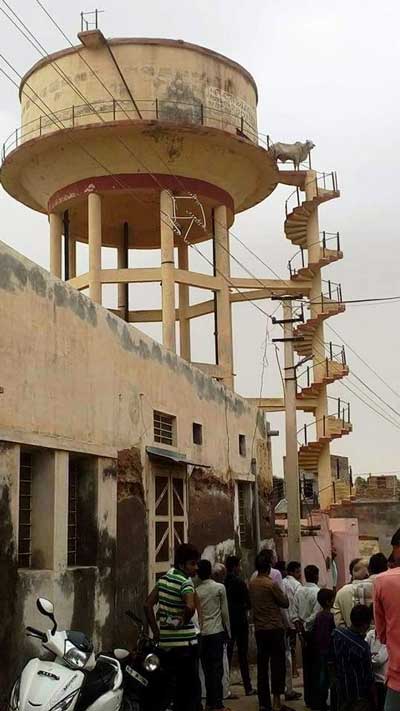 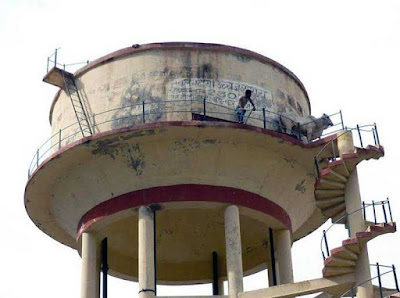 "Initially we thought we should bring a crane to bring him down but that was not working. Even army officials were called for the rescue in the evening who said they can't do it in the evening," said one officer. After a lot of ideas were shared and people made various sounds to encourage the bull to come down, a team from the State Disaster Relief Force (SDRF) were called in. 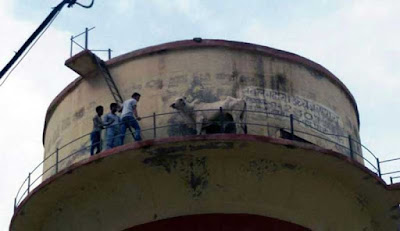 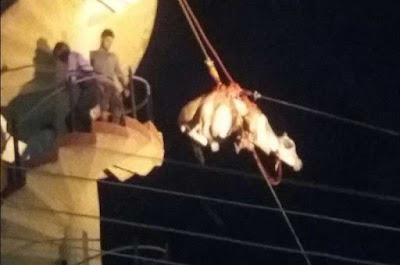 "We tied a wire rope which is used in digging bore wells. Safety belts were tied on the body of bull which was a bit of a difficult task. Finally, wire was passed under the four-legs of bull and he was left hanging between them and came down. It took us almost 8 hours to rescue the bull," said Om Prakash Sharma, sub-divisional magistrate of Ratangarh.
Posted by arbroath at 6:02 am
Email ThisBlogThis!Share to TwitterShare to Facebook