A search is underway for two men after a botched armed robbery in the Shoalwater suburb of Perth, Australia, during which one of the men pepper sprayed his own face and the other cut himself. 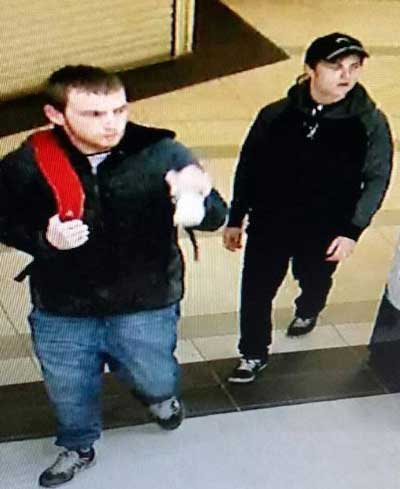 It is alleged one of the men stole several items, including expensive sleep apnoea gear, from a pharmacy early on Thursday night. He was chased by the pharmacist and caught in the car park where he was joined by a second man.

One of them produced a knife and threatened the pharmacist; however, pharmacy staff said the man accidentally cut himself. The other man then attempted to spray the pharmacist with pepper spray.

But the canister was facing the wrong way and he ended up spraying himself in the face. The men fled on foot. They are described as being aged between 18 and 21, fair skinned and of medium build. The men were wearing black pants and black-hooded jumpers with dark grey sleeves.
Posted by arbroath at 6:02 am
Email ThisBlogThis!Share to TwitterShare to Facebook

Botched or not, they apparently got away with the goods.