Man jumped over pub fence before picking fight with car

A man was caught on CCTV outside McGuire's CBD Hotel in Mackay, Queensland, Australia, engaging in a bizarre attack on the pub owner's car on Thursday afternoon. 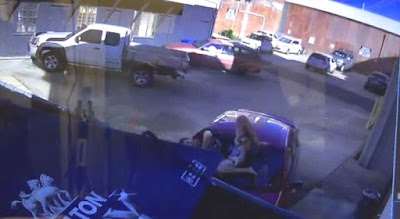 The apparently unprovoked, random incident happened at about 3.25pm, Paul Baxter said, when the unknown man ran into the pub, exited out the back into the beer garden, leapt a fence and more or less crash tackled the Ford sedan. He proceeded to repeatedly throw himself onto the car's roof and made several attempts to kick in the windows, before dashing off in an apparently dazed state. 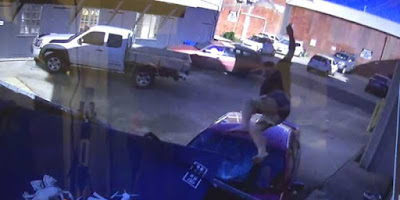 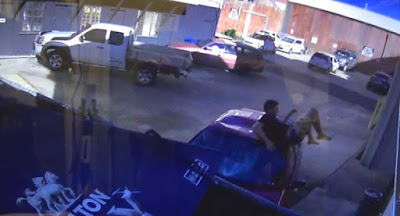 Mr Baxter, 65, who's owned the pub for about three years, said he's never seen such frenzied behaviour. "Whether he hurt himself jumping over the fence and took it out on the car or whatever, I'm just not sure," he said. "I just had a look at the CCTV footage and I've never seen him before. But I'm sure someone in town will recognise him. 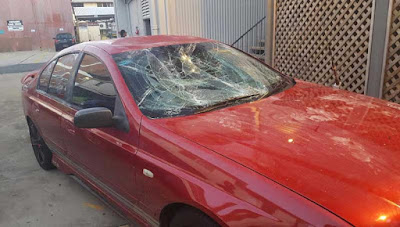 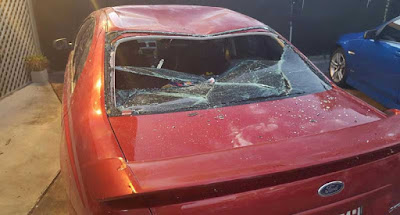 "He done a fair bit of damage to himself. I thought he would take his own life the way he was going. Hopefully they can catch him. But my car's a write-off I'd say...," he said. Thankfully, no bystanders were injured in the strange incident. But Mr Baxter was concerned someone may be hurt by the man's dangerous behaviour if police don't catch up with him soon. Mackay Police are investigating.

With CCTV video of the incident.
Posted by arbroath at 6:01 am
Email ThisBlogThis!Share to TwitterShare to Facebook