A teenager who broke into six businesses in Brisbane, Queensland, Australia, while wearing a monkey onesie is on the run with at least two other accomplices. The teen was captured on CCTV footage running through the Subway restaurant at North Lakes Shopping Centre wearing the distinctive monkey onesie featuring a tail and eyes on Wednesday night. 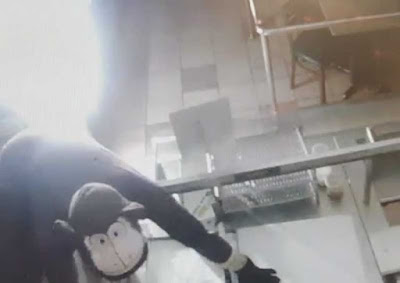 The teenager’s crime-spree began at the Subway and continued to Palmerston. Strike Force Trident Detective Senior Sergeant Robert Jordan said the monkey onesie could be a vital clue. “We are calling on the public for anyone who may have information, especially in relation to wearing a monkey onesie.

“Somebody out there has got to know who has a monkey onesie,” he said. Sen-Sgt Jordan said the teens stole small amounts of cash and alcohol. “Firstly we had an unlawful entry at the North Lakes Subway where offenders wearing a onesie of all things have broken in and stolen a small amount of money,” he said. 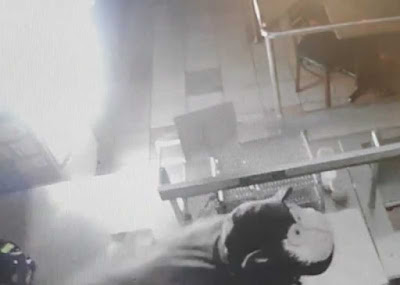 “From there we’ve had another five unlawful entries. One at Dominoes in Millner, one at the DBA basketball courts in Marrara. We’ve also had one at the Repco in Palmerston and the massage centre in Palmerston all within a short period of time.” He said police believe the six break-ins were linked and the suspects used a stolen blue Hyundai X35 during the crime spree.

With CCTV video.
Posted by arbroath at 6:03 am
Email ThisBlogThis!Share to TwitterShare to Facebook