Urine forced the evacuation of a dozen units at the Brandywine apartment complex in North Amherst, Massachusetts, on Wednesday night.

Apartment officials called police about an odour coming from one of the 12 units on Wednesday afternoon, Assistant Fire Chief Lindsey Stromgren said. 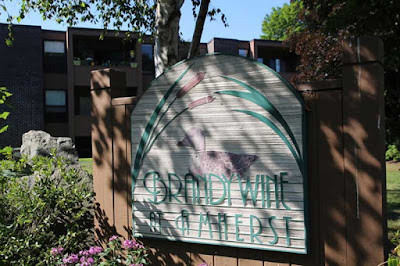 When firefighters entered the apartment, they saw what appeared to be chemicals being mixed or cooked on the stove. The state Hazardous Materials Response team and bomb squad investigated after clearing the building.

But police said on Thursday morning the "chemical" was actually distilled urine the tenant was using for medical reasons. No charges are being brought, police said. All of the tenants from other apartments were allowed back in at around 9:30pm. The apartment where the incident was reported has been secured and no one will be allowed in until the town's health inspector approves it, Stromgren added.
Posted by arbroath at 6:05 am
Email ThisBlogThis!Share to TwitterShare to Facebook

Brandywine apartment complex?
They'll have to rename it to Pissbrandy or something.