A hidden testicle has been blamed for a missing cat's lengthy disappearance and 13 kilometre roam. Nine months ago Percy the cat went missing from his Fountain Place home near central Nelson, New Zealand. Last Sunday the cat, fondly referred to as Mr P, was found 13km away in the neighbouring suburb of Richmond. And his wandering could be all down to raging testosterone. 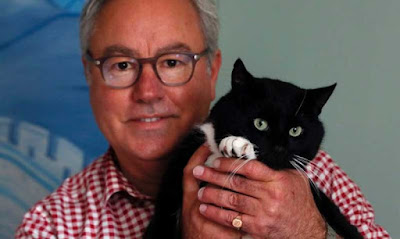 Owner James Kirkwood said the vet hadn't been able to complete the job when he took Mr P to be neutered. "When I had him neutered they could only find one testicle. I have a friend who is a vet and he said the reason he is wandering is that he's got testosterone because they never found that other one. So I took him straight to the vet and he got back yesterday from surgery and they found it, hopefully that will calm him down a bit." 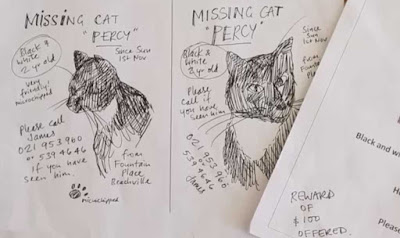 When Percy left in November last year, Kirkwood distributed flyers and chased up phone calls from people who thought they had seen him. "The thing is people call you and by the time you get there the cat is gone. I just kept it going for six weeks, two months - there were a few calls and dead ends so I decided to stop," he said. "I was spending about 50 bucks a week on petrol looking for him." Kirkwood said he had given up on the search, assuming Percy had been hit by a car or found a new family who fed him well. Until last week, when Kirkwood was contacted by a woman in Richmond who said she thought she might have his cat. 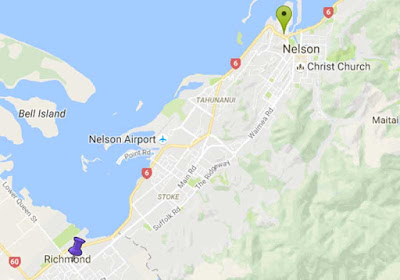 "I could hardly believe it, at first I was like: 'Oh yeah another search, another chase, another empty, dead end street'," he said. "I thought it was amazing, it was incredible." Richmond woman Kelly Gray said she noticed the stray when she started hearing tapping on her cat door at night. Gray said her daughter encouraged her to post a picture of Percy on Facebook which made its way to Kirkwood. "Percy had probably been with us for three weeks, we really didn't have any choice. I wouldn't be surprised if he made his way back," she said. "A go-pro would have been brilliant to see where he's been."
Posted by arbroath at 6:02 am
Email ThisBlogThis!Share to TwitterShare to Facebook

My husband decided the kitten who was abandoned by his mother before his eyes were opened, and who we raised to adulthood should not be neutered. He kept getting into fights, and I finally told the vet to neuter him after a bad fight. However, he had had testosterone in his system for 2 years, and kept acting like he wasn't neutered--spraying, etc. We finally had to give him female hormones to settle him down. That was the last time we ever passed on neutering.