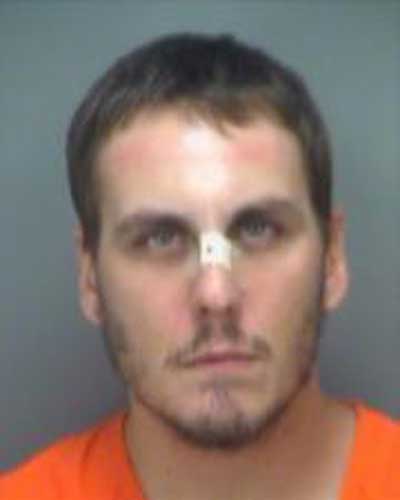 This follows an incident on Thursday when he allegedly head-butted his 55-year-old mother in the face during a confrontation about dinner arrangements at their home.

“Def. and Victim had a verbal disagreement because the victim brought home Chick-fil-A and the Def. did not want to eat Chick-fil-A,” a criminal complaint notes. Faced with the fast food, Foreman “became upset” and head-butted his mother, causing her bottom lip to split, investigators allege. 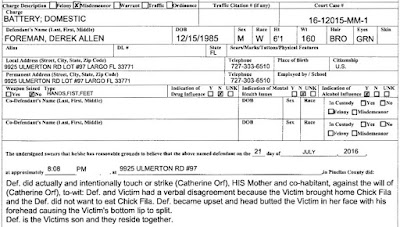 Foreman was arrested for domestic battery, a misdemeanor, and booked into the county jail. After a court hearing on Friday, Foreman was released from custody and directed to have no contact with his mother. A judge also ordered Foreman to be outfitted with a device that monitors his alcohol intake.
Posted by arbroath at 6:05 am
Email ThisBlogThis!Share to TwitterShare to Facebook