A man from Jamestown, North Dakota, is facing a Class A felony after he called 911 to report a large sum of money and marijuana were stolen from his residence. Tyler Dallmann, 31, was charged on Wednesday with possession of a controlled substance with intent to deliver, a Class A felony, in Southeast District Court.

He was also charged with criminal attempt to tamper with physical evidence and possession of drug paraphernalia marijuana, Class A misdemeanors, and possession of drug paraphernalia marijuana, a Class B misdemeanor. Dallman is free on bond. According to court documents, at 2:12am on Tuesday, Dallmann called Stutsman County Communications to report his residence had been burgled. 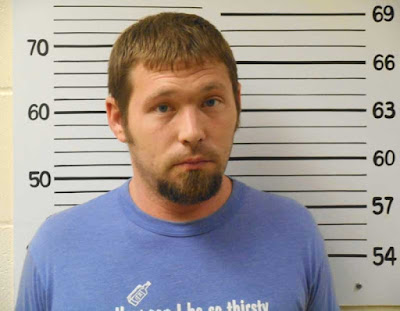 When police officers arrived on the scene, Dallmann allegedly said someone broke the window in the back door of his residence and stole $30,000 in cash and about a pound of marijuana. While officers spoke with Dallmann, other officers returned to the Stutsman County Law Enforcement Center to obtain a search warrant for Dallman’s residence, car and any outbuildings on the property.

Those numbers behind him, are they I.Q. ratings ?

I just want to know: Are the police going to investigate the theft?