Man covered in mashed potatoes arrested for kidnapping and assault

Police in Albuquerque, New Mexico, found a man covered in mashed potatoes after an incident where he allegedly hit a woman and forced her into a car.

Officers arrested Ricky Milam, 51, on kidnapping and aggravated assault charges on Saturday in response to a domestic dispute call. A criminal complaint states that witnesses saw a man later identified as Milam struck the woman several times and drove off with her in a white Jeep Cherokee. 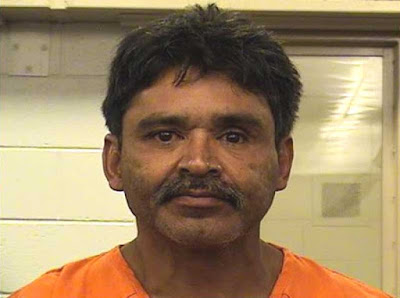 The woman told police she had been arguing with Milam over directions about how to get to the Hobby Lobby arts and crafts store. She got out of the Jeep when they arrived before he forced her back inside, according to the police report.

One witness followed the car and notified police. Officers found the Jeep nearby. The vehicle eventually stopped and Milam got out covered in mashed potatoes, the report states. The woman told officers she tried to fight back by throwing the mashed potatoes at him as he drove.
Posted by arbroath at 6:06 am
Email ThisBlogThis!Share to TwitterShare to Facebook