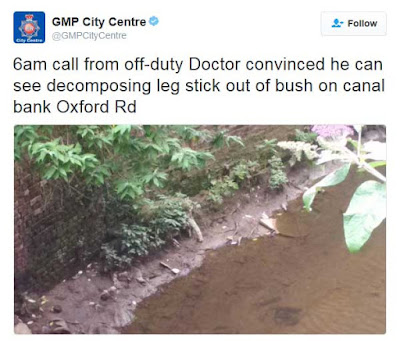 The man, who was off-duty at the time, told police he was convinced that he’d seen the body part sticking out of a bush near Oxford Road.

Inspector Phil Spurgeon, of GMP City Centre, said they got the call at around 6am on Sunday, and immediately sent an officer to investigate. He said the doctor had been on a night out and didn’t wait around for them to arrive. 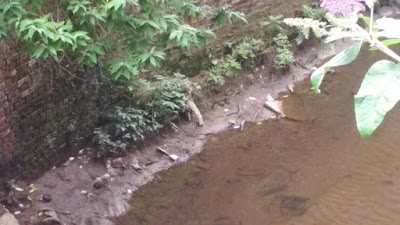 Luckily, when officers got there, they found no decomposing leg, or any other body part. It turns out it was just a bit of rubbish, although the officer did agree it looked 'a bit suspicious'.
Posted by arbroath at 6:04 am
Email ThisBlogThis!Share to TwitterShare to Facebook