A shoplifter, armed with a bottle of perfume in a sock, was arrested after quick-thinking police officers laid a cunning trap for him. PC Paul Bates and Sgt Kayleigh Webster, of Southend police, were picking up their lunch in the BP garage in Southend, Essex, on Monday July 11, when staff pointed out a suspicious man peering through the window.

Thomas Roberts, 36, of Westcliff, had become a familiar sight in the shop after visiting most days for over a month. Staff told police officers he would look through the window and return five minutes later to load up carrier bags with goods and then walk out - and not pay. Chief Insp Simon Anslow, Southend district commander, said the officers quickly came up with a plan. 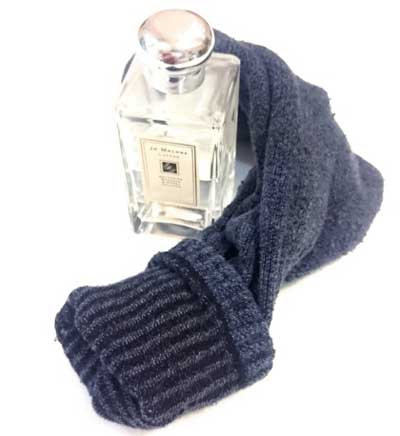 He said: “PC Bates told Sgt Webster to drive off so that he thought they had gone. He then hid behind the alcohol stand and told staff to give him the nod. He came in, loaded up his two bags and walked out. PC Bates then jumped out and before he knew what happened he was in handcuffs.” Mr Anslow said Roberts then admitted to officers that he was in possession of a bizarre weapon, consisting of a bottle of perfume in a sock.

Roberts was charged with the theft of meat worth £150 from the shop on May 19, stealing meat worth £40 on July 11 and possession of an offensive weapon on the same day. He admitted the charges at Southend Magistrates’ Court on Wednesday, July 13. Roberts was sentenced on Friday to a 12-month community order, which will involve a six-month drugs rehabilitation course and an overnight curfew. He must also pay an £85 victim surcharge.
Posted by arbroath at 6:03 am
Email ThisBlogThis!Share to TwitterShare to Facebook