A Connecticut woman has been charged with setting fire to a Prospect masonry company after, police said, she was tripped up by a potato she'd stuffed into a van's exhaust pipe(tailpipe). Willow Martin, 19, of Naugatuck, was charged on Tuesday with second-degree arson, third-degree burglary, possession of burglar's tools, first-degree criminal mischief, attempted first-degree criminal mischief and five counts of conspiracy. She was held on $110,000 bail and is scheduled to be arraigned at Superior Court in Waterbury. Martin and Breonna Constantino, who were the best of friends while dancers at the Hollywood Connecticut Strip Club in Southington, had a falling out over money, according to an arrest warrant.

Martin and Constantino travelled to Wildwood, New Jersey, last summer and Martin loaned her friend $1,200, according to the warrant. Constantino was slow to repay the debt and that angered Martin so much that she set fire to MTM Masonry in Prospect, a business owned by Constantino's stepfather. The big break in the case came when a potato stuffed into the exhaust pipe of a van belonging to MTM Masonry's owner. When he was notified of the fire at his business at about 5am on Sept. 15, and prepared to drive over, he found the tuber in the van's exhaust pipe. He pulled it out and gave it to police, who had it analyzed for DNA. Analysts at the state lab did find a DNA profile on the potato and entered into an online offender database, which yielded the name of Matthew Garguilo. 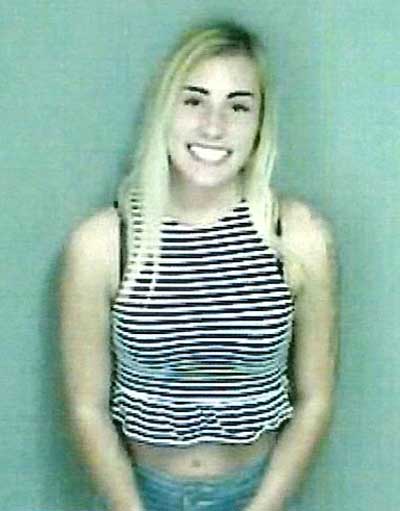 Naugatuck police knew Garguilo, 28, to be the boyfriend of Martin. Naugatuck police also told state police that Martin was close friends with Constantino, the business owner's stepdaughter. In the meantime, state police arson investigators determined that the fire at MTM Masonry was arson and that gasoline was used to start it. Martin refused to talk to state police, but Constantino told them of the friendship, the falling out over money and her suspicion that Martin set fire to her stepfather's business. She said she suspected Garguilo was involved too. Garguilo told investigators that Martin set the fire and admitted he was with her when she did it. The fire followed weeks of arguing over the money by Martin and Constantino, although by the time of the fire Constantino had paid most of the money back and only owed Martin $300 to $400, Garguilo told police.

Garguilo insisted he did not set the fire and did not want to help, but said he went along because he feared Martin would find another guy. He said he took a gas can from his house and a hammer. He said he drove Martin to Prospect and watched as Martin broke into the business through a window. He said he stayed outside. When Martin set the fire there was an explosion that blew her through a door, "just like in the movies," Garguilo told police. The pair left, but returned to the fire scene later, where Martin said "yeah!" and high-fived him, Garguilo said. Garguilo also confirmed that Martin was responsible for the potato in the exhaust pipe. He said his DNA was on the potato because he handled it. A second witness, who began dating Martin after Garguilo went to prison on unrelated charges, told detectives that Martin told him about the fire and potato too. Garguilo was charged in connection with the fire and remains jailed on $20,000 bail.
Posted by arbroath at 6:04 am
Email ThisBlogThis!Share to TwitterShare to Facebook