Public sector workers in southern Italy have been caught wearing cardboard boxes over their heads in a bid to avoid identification as they cheat on their time clocks. 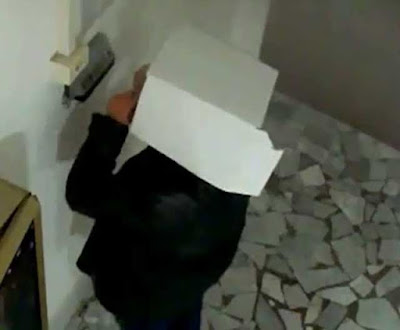 Police caught 23 council employees in the town of Boscotrecase near Naples on camera clocking-in for friends or punching-in and leaving again, with two donning cardboard box disguises. 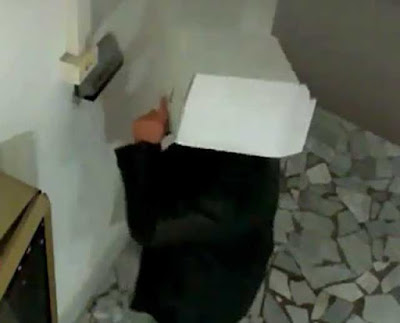 Those arrested, accused of fraud against the state, included the head of the local traffic police and the head of the town’s accounting department. The cabinet passed a decree in January cracking down on public sector shirkers.
Posted by arbroath at 6:02 am
Email ThisBlogThis!Share to TwitterShare to Facebook